Copy
Details
Episode Details
Products
Chat
Videos
About Channel
Tonight Chuck Rainey and John Anthony Martinez are discussing overcoming physical challenges with our special guests Dr. Randall Kertz and Greg Irwin. Randall Kertz is a chiropractor and acupuncturist in suburban Chicago, who also happens to be an accomplished bassist and educator. After attending the Bass Institute of Technology in 1989, Randy worked in the music industry for several years in various capacities, eventually becoming a physician in 1999. Greg Irwin is the founder of HandFitness.com. He is a musician who started exercising his fingers to play the piano better. He is the creator of the Finger Fitness books and videos. He has made several appearances on national television including the Tonight Show with Jay Leno.

Dallas, TX
Legendary electric bass player, songwriter, and producer Chuck Rainey is known for his work with Quincy Jones, Aretha Franklin, Steely Dan, and on many film and television soundtracks. Since November 2011, when he suffered a stroke, Chuck has worked with rehabilitation therapists to regain movement of his body with the goal of playing the electric bass again. His musical comeback has been amazing. He’s back to playing the electric bass, teaching master classes, and presenting camps internationally with Rhythm Intensive®, the organization he co-founded with John Anthony Martinez. Drummer, composer, producer, and entrepreneur John Anthony Martinez FRSA is recognized for his versatility and ability to fit into any musical situation. He is an alumnus of the High School of Music and Art, Berklee College of Music, Oxford University, and MIT. Currently, he is a candidate for an Executive MBA in the Creative Industries at Ashridge-Hult International Business School. John has worked with a diverse range of artists such as Thomas Dolby, Kacey Musgraves, Ronnie Laws, T.G. Sheppard, Bernard Wright, and many more. John enjoys mentoring the next generation of entrepreneur musicians through Rhythm Intensive®. We provide training and instruction on matters pertaining to the rhythm section, working in the music industry, being a professional musician, and running a successful business. Music is our vehicle, but the principles we teach are universal and can apply to any sector of business or education. Over 85 years of combined experience and success in the music industry, Rhythm Intensive has held many workshops, clinics, and master classes for thousands of aspiring musicians internationally. Chuck and John enjoy being involved in ensemble coaching, private lessons, artist development, and recording sessions. Music isn’t only entertainment. Einstein said, “Creativity is intelligence having fun." We are committed to leading young individuals to develop ways to think musically for themselves. Chuck and John bring new thoughts, concepts, and experiences to help artists find their voices. We’ll see you in the rhythms!
Followers 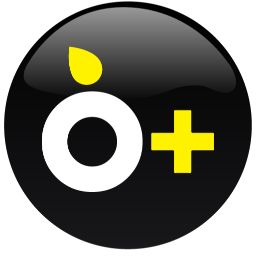 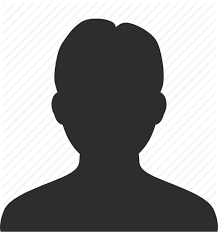 You can enable it by clicking on settings.

Chat is disabled for this episode.

Your cart is empty

There are no products in your shopping cart.

You don't have any shipping address saved to your account. Start by creating one.

There are no shipping methods available for this order.

You don't have any billing address saved to your account. Start by creating one.

You don't have any credit cards saved to your account. Start by adding one.

Your Order is confirmed

The host is either not appearing live on this episode, or they have not gone live yet.

Please check back at a later time.

The host has ended their live stream.

Copy and past this URL into Zoom's Custiom Streaming Service form.

Copy and past this Key into Zoom's Custiom Streaming Service form.

No Payment methods are available. Please configure your account

Hello Guest, you are about to checkout. Would you like to login and have your cart migrated or simply continue as guest? Select one of the options below.

Select this option if you still want to checkout as a guest.

Select this option to login and proceed with checkout.

By choosing this option you can checkout and place your order as a guest. You will be asked to enter some information during the checkout process.

By choosing this option, you can login to an existing account and have all the products currently in your cart migrated to it. Please enter your credentials or use social media to login.

We could not process your payment, please contact your credit card provider. You can cancel your order or continue and choose another payment method.

You cannot checkout because some products in your cart are from a different episode. If you still want to purchase those products, please head back to their Original Episode to complete checkout. Otherwise you can click on "Clear Cart", to clear your cart and continue shopping on this episode.

PURCHASE TICKETS + BUNDLES
Have an access code?
Apply
Add to Cart
For a better viewing experience please download the app

Congrats, you successfully registered. We've sent you an email with the instructions to activate your account.